In the last 130 years, the world has warmed by approximately 0.85°C. Each of the last 3 decades has been successively warmer than any preceding decade since. Over the last 50 years, human activities – particularly the burning of fossil fuels – have released sufficient quantities of carbon dioxide and other greenhouse gases to trap additional heat in the lower atmosphere and affect the global climate. Sea levels are rising, glaciers are melting and precipitation patterns are changing. Extreme weather events are becoming more intense and frequent.

A changing climate impacts our health and wellbeing. Widespread scientific consensus indicates that the world’s climate is changing. Some changes that could negatively affect health include more variable weather patterns, heat waves, flooding, droughts, intense storms, sea level rising, and air pollution. Climate change affects the social and environmental determinants of health – clean air, safe drinking water, sufficient food and secure shelter. Measuring the health effects from climate change can only be very approximate. Nevertheless, taking into account only a subset of the possible health impacts, and assuming continued economic growth and health progress, concluded that climate change is expected to cause approximately 250,000 additional deaths per year between 2030 and 2050; 38,000 due to heat exposure in elderly people, 48,000 due to diarrhea, 60,000 due to malaria, and 95,000 due to childhood undernutrition.

The course Climate and Health will be presented over a 4 week period with each consecutive week focusing on the following modules:

Participants can expect recorded presentations, live and interactive seminars and reading resources as the course content with discussions boards, case studies and seminar presentations for the assessment. 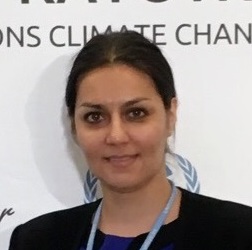 Maryam Navi is an interdisciplinary researcher in environment, communities and health. She joined the UNFCCC – UNU Early Career Climate Fellowship Programme in October 2018 after the completion of her PhD in Public Health with a Dean's Commendation for Doctoral Thesis Excellence from the University of Adelaide, Australia. Over recent years, Maryam has led or participated in several research projects on health and environmental risk assessments, environmental pollution and monitoring, and spatial analysis of vulnerability to climate change. She has a number of publications on findings of her research in peer-reviewed journals. She has volunteered with the Australian Red Cross on social support programmes and the UN Department of Economic and Social Affairs on UN E-Government Survey 2018. 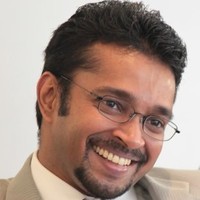 Vintura Silva heads the UNFCCC Regional Collaboration Centre for the Caribbean, based at St George’s University in Grenada and is also part of the Caribbean MRV Hub team. He has been with the UNFCCC secretariat since 2008. Before his current posting, he lead the UNFCCC Regional Collaboration Centres for Africa , Latin America and coordinated the office for Asia Pacific. Prior to joining UNFCCC, Vintura had worked as an international consultant on climate change mitigation and national GHG inventories. He had completed his doctoral studies in International Business Administration and holds Masters degrees in international Business Administration, Industrial Chemistry and Environmental Chemistry. 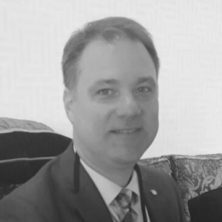 Dr. Daniel Buss is the advisor of the Pan American Health Organization/World Health Organization for the region of the Americas on the three Rio Conventions – Climate Change (UNFCCC), Biological Diversity (UN CBD) and Combat Desertification (UNCCD) – and on the implementation of the Sustainable Development Goals, the 2030 Agenda. With a background on Ecology (BSc and MSc) and Public Health (DSc), and natural from Brazil, he represented his country’s Ministry of Health in several international meetings, with topics covering the SDGs, climate and health, environmental indicators and the connections between health and the environment. He was one of the leading authors of the recent book (2015) Connecting global priorities: Biodiversity and human health – a state of knowledge review, from the WHO and CBD. 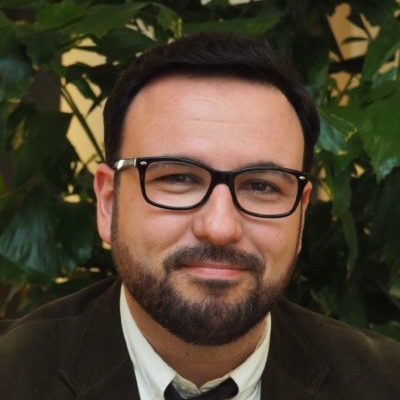 Gerardo’s work focuses on the assessment of social, health and economic impacts of climate change, as well as on tracking the implementation and effectiveness of adaptation policy and activities. In particular, Gerardo specializes on the assessment and prevention of direct health and socioeconomic impacts of extreme weather events, including heat waves, in urban settings.

He holds a Ph.D. in Economics from the University of the Basque Country (Bilbao, Spain), and a Master of Public Health from Boston University (USA) through a Fulbright Scholarship.!

Is the course free?

The course and all the content is absolutely free. Only those students who choose to take the exam for continuing education credit will be required to pay a fee.

What Materials are Required?

All required course material will be made available on SGU Online.

How can I receive credit for this course?

Upon successfully completing the requirements for the course, students can elect to gain four (4) continuing professional development credits through the US National Board of Public Health Examiners (https://www.nbphe.org/) by passing a comprehensive proctored examination with a score of greater than 70%. To apply for the credit, you will need to register for the comprehensive examination which will occur in week 5 of the course and pay a tuition fee of $50 USD to take the exam. The credit and the exam are optional components.

Can I receive a digital certificate of completion